TL;DR—To avoid scalability cliffs, you should pay attention to creeping latency. Think of it like a tire. If you have low pressure, you had better keep an eye on it to avoid a catastrophic blow out.

Knative’s open source framework is useful in providing a serverless-like experience on top of Kubernetes, including features like an automatic scale-to-zero function. I had a conversation with Matt Moore, a software engineer on the Knative Project at VMware, to dig deeper into how he uses latency metrics to observe cold start times from scale-to-zero, what he discovered in the scale testing process, and how he arrived at the not-so-obvious solution.

Matt began with a test of 1,000 services. As shown below, the more services that were deployed, the longer it took for those services to become ready, increasing linearly. In addition to the time for initial deployment, cold start latency was also trending upwards and lagging, with an overall jump from ~2 to ~12 seconds.

Sometimes it’s worth spending the time to push things to a certain scale and see them fail.

After this test, Matt had an unusual suspicion that maybe the trend had to with service links. He had just had a conversation about the topic earlier that week, so it was fresh on his mind. He was aware that service links stick environment variables into your container for every service in your namespace. So, with each additional Kubernetes service you have, your environment grows a lot. Eventually, it takes a ridiculous amount of time to start up your pod.

So as a sort of “educated guess,” he decided to disable the injection of service links. He re-ran the same 1,000-service experiment (shown below), and everything was noticeably and consistently faster. Cold start latency also improved.

Matt walked me through the series of clues that lead him to this hypothesis:

All in all, Matt’s advice is that “Sometimes it’s worth spending the time to push things to a certain scale and see them fail. Before this, I had never seen a process fail to start up because the environment had grown too large—it simply hadn’t occurred to me until I began debugging this. All it took was a discussion about how Kubernetes was stuffing all this junk into my environment to prompt us to disable it.”

There are many factors that may contribute to slow growth—like adding features, image size, or loading more information at startup. Because of this, it’s easy to discount observed growth as normal and natural. But because there are situations like Matt’s where unexpected failure can lead to disaster, it’s critical that you understand the reasons behind certain behaviors like growing environments. Read more about Matt’s testing process and results here. 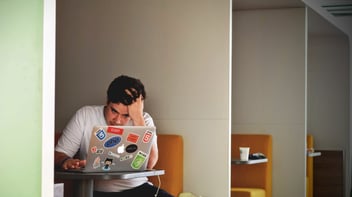 Excuses! I’ve heard them all. When it comes to why people “hate” Service Level Objectives (SLOs),...

A Guide to SRECon Americas 2020

If there is one end-of-the-year conference I think you should check out it’s definitely the... 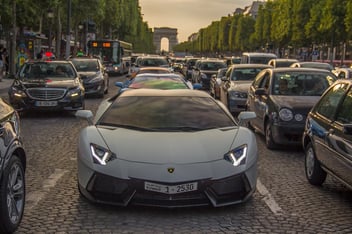 How to Keep Your Developers from Idling in Tech Debt

Why You Shouldn’t be a Race Car Driver

The steering wheel of a Formula 1 vehicle is a terrifyingly complex piece of custom-built...